''This (psychopathy) is like a malignant conduit that runs from the bottom of society to the top and if we can cut off one part of that we can cut off the complete supply system.''

''Popular culture is and has always been a top down development. It has been an engineered process to normalise psychopathic behaviour under the guise of leadership and social norms.''

"History is psyche. To know this is to unravel the contradictions and consequences of the past."

Did you know that Hitler feared a dormant demonic force residing inside the moon which he believed somehow created and controlled human destiny?  In Walpurgis Night: Volume One, Thomas Sheridan, known for his work on psychopathology, mass hysteria and social engineering, tackles for the first time a historical subject using these concepts as a framework in which to re-examine the rise of the Nazi cult and its legacy.

Sheridan's research goes beyond the occult development of the Nazis by delving into the repressed Teutonic Häxan psyche. Examining everything from the movies of the era, to the political factions of 1919 who were invoking their own demons of death and destruction.

The book takes into account every aspect of the Nazi occult from fascination (eye magic), to word spells, to the sex magic rituals of the Third Reich. You will never see history in the same way ever again, and you'll be left wondering if indeed their Black-Häxan magic is still at work today. (includes illustrations)

Ask yourself: what is popular culture?

How does popular culture, along with universally accepted ideas of art and creativity, mass media, publishing and financial constructs, as well as political and social doctrines come into existence? Are mass social and cultural movements—coupled with one's personal and social identity perception—always a natural, turbulent flow of social, economic, philosophical, spiritual and artistic threads of the collective human experience? Are there movements which organically emerge from the underground eventually to become mainstream cultural and socially accepted consensus? Then from these options, we pick and choose objectively from this smorgasbord of tastes and opinions? That we, as the consumer, the investor, the voter—including our individual decisions, affiliations, allegiances and even our emotional attachments—are all having an objective personal experience, determined exclusively by our own choices when all is said and done?

The answer to all these questions is NO.

His follow-up book to the very popular Puzzling People, Defeated Demons: Freedom from Consciousness Parasites in Psychopathic Society, took the issue of psychopathic abuse to the social and economic level. Defeated Demons looks into the nature of psychopathology as conveyed through mythology and folklore, including how psychopathic advertising has waged a war on women in order to attack their self-esteem and then sell them the panaceas for the insecurities which these mass-media moguls had engineered within them in the first place. In precisely the same manner, a psychopathic male will likewise do to a woman whom he is in a relationship with.

Not since Frank McCourt with Angela's Ashes has an Irish author been subjected to such extremes of both hostility and celebration. In 2012, Sheridan became the target of a fanatical comet death cult based in France who embarked upon a virtual book-burning rampage, following orders given to them via messages from on Ouija Board. This was a direct result of their inner cult 'family' reading a section in Defeated Demons which pointed out the inherent psychopathy of alien-contactee cult leaderships. Defeated Demons also looks at the dark underbelly of the psychopathic predators who live amongst us. Sheridan writes in an easy-to-understand, readily-translatable, accessible and often very humorous style to convey an important message.

Generally recognised as a ground-breaking work concerning the popular understanding of psychopathy and its social and cultural consequences, Thomas Sheridan exploded the mystique behind the psychopathic personality in 2011 with Puzzling People: the Labyrinth of the Psychopath.

Sheridan's first tome of what would 'ultimately become a meditation on good and evil', Puzzling People brought this important and vital issue of psychopathic awareness, abuse and recovery into the mainstream while taking it out of the hands of academia and into the communities, offices and hearts of people who have been targeted by a manipulative and cunning psychopath(s) in their own lives.

“What kind of person does this?”...”How can they just walk away without a care in the world?”...”Why didn't I heed my initial intuition about them?”...

Thomas Sheridan answers all these questions, including clarifying the most important statement of all: “Most times, a creep is just a creep and how we should always bear this in mind, but sometimes, now and again, they are something very different indeed...”
Posted by Thomas Sheridan at 3:10 PM 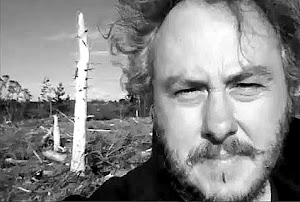